A multilingual Welcome greeting sign with the Arabic (مرحبا بكم Welcome to you) disjointed and starting from the wrong direction. Spotted at @EDI_Airport #Spelling #MisspeltSigns #HilariousSigns Credits: @e_arabic A thank you post-it note in Arabic (misspelt as شكران) posted on the event’s  feedback board. A big thank you (Shukran – شكرا) to @alwaleed_centre organisers for putting together the wonderful #TasteofScottishIslam event, sponsored @bemis_scotland, last Sun 28/01/18 Forget French and Mandarin – Arabic is the language to learn

Forget French and Mandarin – Arabic is the language to learn

The 10-year-old was looking at the card in front of him which showed an image of a fish. “Samak,” he said decisively. He and his classmates at Horton Park primary school, in Bradford, have been learning Arabic for three years now, courtesy of a drive by the British Council to boost the take-up of the language in state schools.

The top 9 languages for the highest-paid jobs in Britain

Out of the top 9 languages will get you the highest paid jobs in Britain, Arabic is ranked the second:

2. Arabic — £34,122. There are currently 1,113 jobs available to those who speak Arabic as well as English, which is less than some of the languages that are lower down in the list. However, the jobs are generally better paid.

The top 9 languages for the highest-paid jobs in Britain

Learning a second language can be extremely lucrative for your career opportunities. And after jobs search engine Adzuna analysed over 1 million live job postings on its website, it found out that some languages are more likely to get you a higher paid job than others in Britain, when employers advertised for jobs looking for someone who was at least bi-lingual.

Why Arabic should be taught in UK schools

Why Arabic should be taught in UK schools

Should Arabic join other modern languages on the UK school curriculum? Yes, says the British Council’s Tony Calderbank, whose own journey as a learner of Arabic has convinced him that knowledge of the language is essential to the UK’s long-term economic and cultural prosperity. Arabic is one of the world’s great languages.

If I Started Learning Arabic Again, This Is How I’d Do It

If I Started Learning Arabic Again, This Is How I’d Do It

UPDATE: We recently created a massive resource for learning spoken Arabic (8 varieties) that has already helped thousands of learners around the world. Check it out here and let us know what you think. *** Arabic was the first foreign language I learned to fluency.

A Critical Language. Arabic speakers are in great demand. The U.S. State Department has named Arabic a “critical language,” creating scholarships for language study in the U.S. and overseas. Practical and curious about the world, BU students feel that knowing Arabic will give them a career edge in such fields as diplomacy, intelligence, business, engineering, international development, and academia.

5 Reasons Why You Should Learn Arabic As Your Next Language

Guest Post: 5 Reasons Why You Should Learn Arabic As Your Next Language

Arabic is a mysterious language to many people on the outside looking in, including myself. So I was really glad when Donovan from the Mezzofanti Guild shared this awesome guest post with us. I’ll leave you in his capable hands. G’day all! Greetings from sunny Cairo.

Knowing Arabic opens the door to many other languages in the region. For example, approximately 50% of the vocabulary of Persian (Farsi) is made up of Arabic words. Similar considerations apply to learning Urdu or Turkish. Also, Hebrew is related linguistically to Arabic, which makes it easier to grasp the grammatical and semantic concepts in Hebrew.

SEVEN REASONS WHY NOW IS THE TIME TO LEARN ARABIC

I’m not seeking to dissuade you from pursuing your top major of choice, but rather to convince you to add Arabic training to your course of study. For those interested in fields as diverse as international affairs to business, or from public health to science and engineering, learning Arabic will enable you to improve your career, your community, and your world.

Along with opening up diverse career opportunities, Arabic is the mode of expression for one of the world’s most ancient, varied and dynamic cultural traditions. From the pre-Islamic odes of Arabia, to the latest hip-hop anthems and graphic novels, the Arabic language ties together an unparalleled living culture.

Video: The Paramedics of Jerusalem

Being a Palestinian paramedic in the occupied territories is different from being a paramedic anywhere else in the world.” #AJShorts https://t.co/fXDV3dh2po 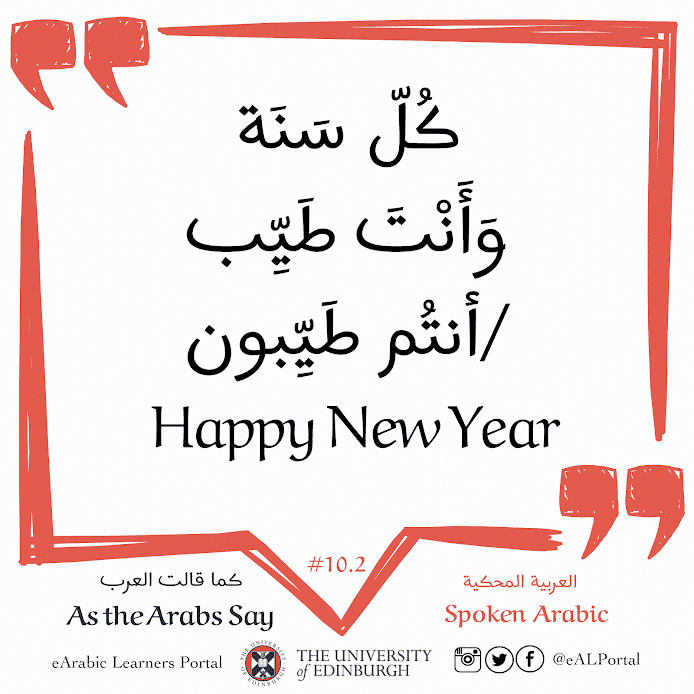 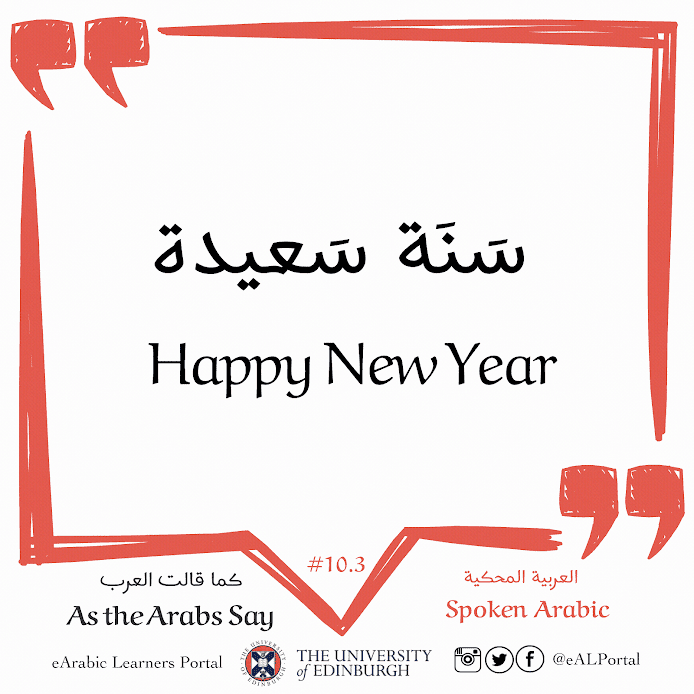 The following is a selection of TED talks which were delivered mostly in English, and some in Arabic. If you are a language student, you might wish to follow the Arabic transcript while listening to the talk. The talk delivered in English has also been translated into 33 languages, including Arabic.

Terry Moore: Why is ‘x’ the unknown?

Why is ‘x’ the symbol for an unknown? In this short and funny talk, Terry Moore gives the surprising answer.

More and more, English is a global language; speaking it is perceived as a sign of being modern. But — what do we lose when we leave behind our mother tongues? Suzanne Talhouk makes an impassioned case to love your own language, and to cherish what it can express that no other language can.

Talk #03 -Street art with a message of hope and peace

eL Seed: Street art with a message of hope and peace

What does this gorgeous street art say? It’s Arabic poetry, inspired by bold graffiti and placed where a message of hope and peace can do the most good. In this quietly passionate talk, artist and TED Fellow eL Seed describes his ambition: to create art so beautiful it needs no translation.

eL Seed: A project of peace, painted across 50 buildings

eL Seed fuses Arabic calligraphy with graffiti to paint colorful, swirling messages of hope and peace on buildings from Tunisia to Paris. The artist and TED Fellow shares the story of his most ambitious project yet: a mural painted across 50 buildings in Manshiyat Naser, a district of Cairo, Egypt, that can only be fully seen from a nearby mountain.

Bahia Shehab: A thousand times no

Art historian Bahia Shehab has long been fascinated with the Arabic script for ‘no.’ When revolution swept through Egypt in 2011, she began spraying the image in the streets saying no to dictators, no to military rule and no to violence.

Wael Ghonim helped touch off the Arab Spring in his home of Egypt … by setting up a simple Facebook page. As he reveals, once the revolution spilled onto the streets, it turned from hopeful to messy, then ugly and heartbreaking. And social media followed suit.

Talk #07 – A historic moment in the Arab world

Wadah Khanfar: A historic moment in the Arab world

As a democratic revolution led by tech-empowered young people sweeps the Arab world, Wadah Khanfar, the head of Al Jazeera, shares a profoundly optimistic view of what’s happening in Egypt, Tunisia, Libya and beyond — at this powerful moment when people realized they could step out of their houses and ask for change. 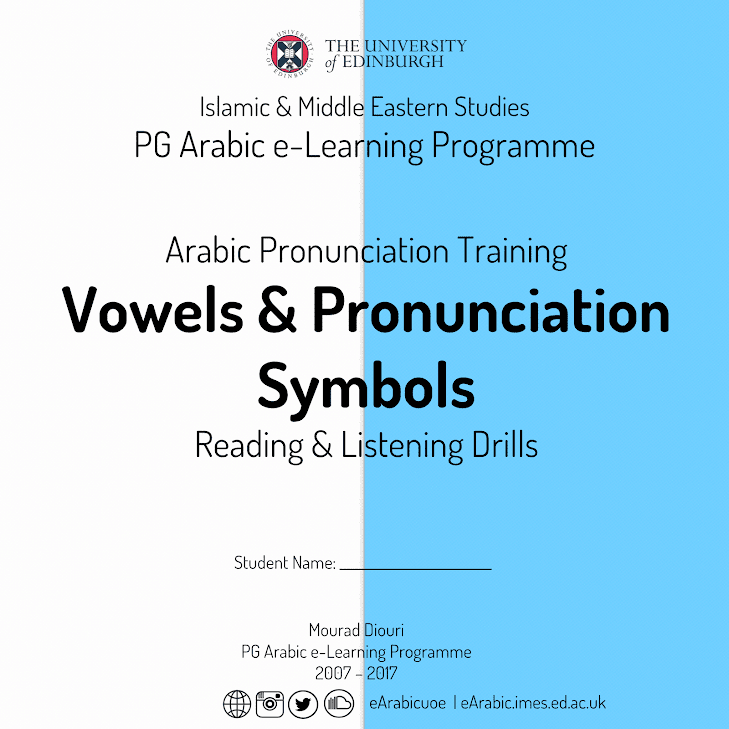